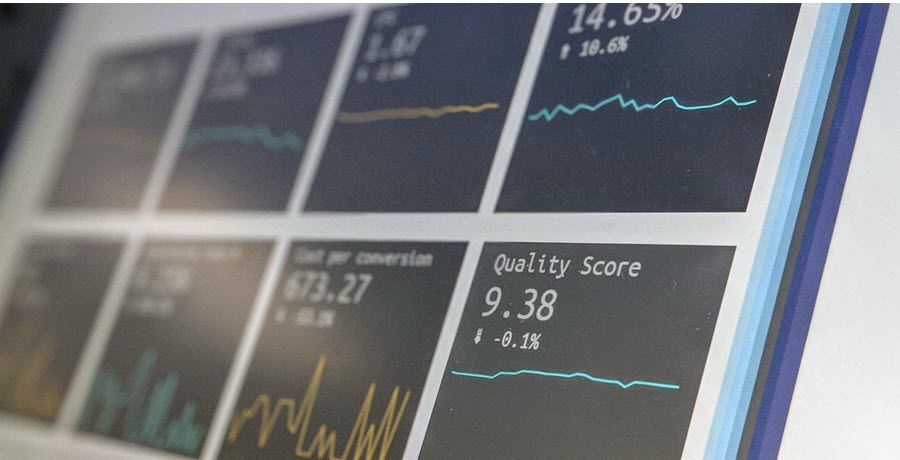 I’m a big believer that proper application of data analysis can be a game changer for ecommerce businesses, so I was interested to hear eBay’s VP of Seller Experience & Tools Harry Temkin announce a new Listing Quality Report during the December Seller Check In.

I was in the first group of sellers to gain access to this new tool and have been providing feedback to eBay through Harry and the community team.

The first issue for me was the report said 0% MPN entered.  In these categories, the field is called Manufacturer Part Number. It's a required Item Specific and 100% of listings have it filled in.

This turned out to be an easily fixed data mapping error for eBay, but something this simple not being right from the beginning certainly didn’t inspire much confidence.

If you can't do the little things right, you will never do the big things right. ~ Admiral William H. McRaven

Speaking of little things, I couldn’t help but notice the team apparently had a difficult time applying the icon set consistently.

The "opportunity" marks supposedly measure the difference between the top 10% and bottom 10% of listings.  That just means there is a measurable difference, not necessarily that the difference has any particular relevance for the seller or that making eBay's suggested "improvements" will have positive results.

The big red box may be meant to trigger sellers into thinking this is a critical issue on their account, but if you look at the sales conversion section it’s clear that Free Returns isn't driving sales conversion for the bottom 10% using it more than the top 10%.

eBay presented this amazing opportunity, suggesting a change from 30 day to 14 day returns. This is terrible advice!

Why would eBay ever advise changing to a less favorable to the buyer return policy?!

Also, if this advise was followed, there goes the Top Rated Seller Plus discount (10% off of final value fees) which requires a 30 day return period in our category.

Thanks eBay, but I'll pass on that opportunity.

The report doesn’t capture listings that may be in the “up to 24 hour” Good Til Canceled relisting/indexing timeframe- so from one day to the next the total number of listings being considered may change slightly.

That means any change in percentages could simply be a difference in the total number of listings being counted, not necessarily indicative of a change in how your listings are performing against the top and bottom 10% of competitor’s listings.

Harry Temkin joined the eBay community to respond to my post about the report and said these were examples of “column misalignment” issues they had identified and were working to correct.

One of the features I was most excited about was Google Shopping Insights.

In theory, this section will tell sellers if any of their listings have been rejected from being included in Google Shopping and the reason for rejection. In practice, this feature has so far never displayed accurate information for me or other sellers who have provided feedback.

In Harry Temkin’s demo, he shows some of the possible reasons for rejection and how they would display.

I was perplexed to see that Harry and the team apparently thought it was acceptable to roll this out with a section that says “Other - This section will be filled on later versions of the excel file.”

This entire report seems incomplete, rushed out, and not ready for primetime. The data in its current form is just not reliable - any column showing inaccurate data makes the entire report suspect and unusable for any practical purpose.

It also concerns me that some of the display/formatting appears to be designed to “nudge” sellers in directions eBay would like them to go (Free Shipping, Free Returns, Promoted Listings, Best Offer, etc.) while not providing enough data for sellers to accurately assess whether those options will really provide an opportunity for increased sales conversion.

To his credit, Harry Temkin was initially very responsive. A few items were fixed quickly, while other issues remain unresolved and some new ones have popped up.

Harry hasn’t responded in the community recently, but hopefully he and the team are busy getting this tool ready for the big launch in March.

While there was no indication of this being a test or Beta version when it first became available, Harry has said it is a work in progress. I’ll continue providing feedback on this tool to eBay and hope the complete rollout addresses these critical issues.

Once it’s released, the Listing Quality Report will be found in eBay’s Seller Hub under Performance>Traffic.

Harry Temkin and his team apparently have plenty of time to add new colorful graphics, but have still not addressed the many examples they have been given of persistent incorrect data and “column mis-alignments.”

Then again, I just received this email from eBay yesterday encouraging me to launch my first Promoted Listings campaign when that account has been using Promoted Listings for 3 years and pays eBay $1000+/month in ad fees.