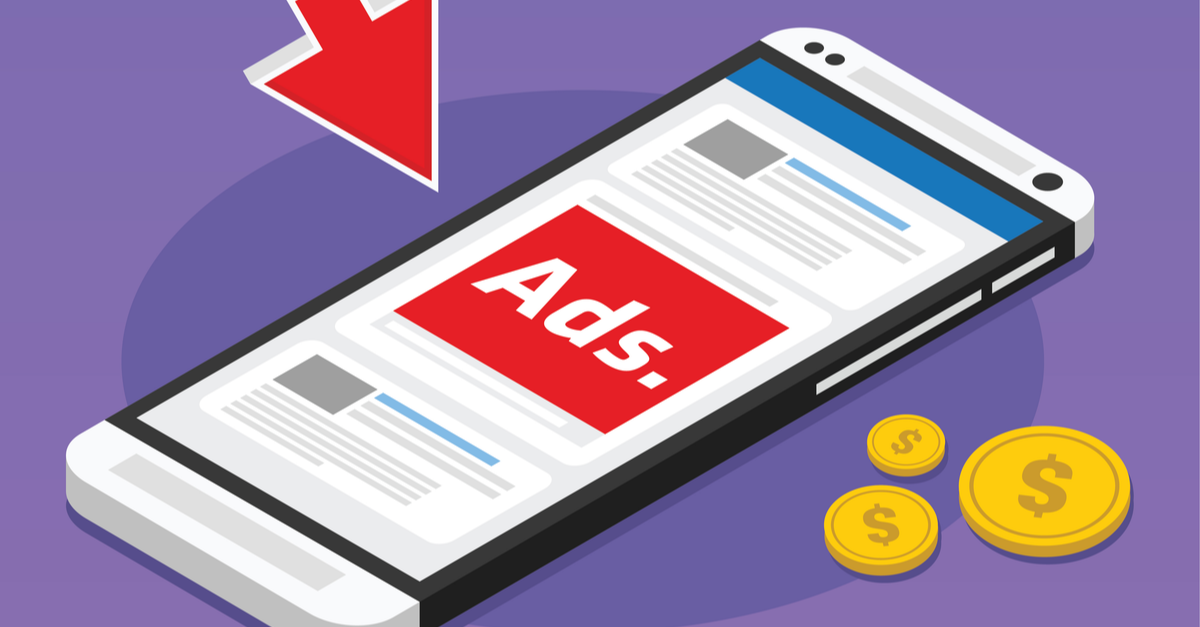 UPDATE: 9-17-21 Promoted Listings Advanced is now available - and it does include support for negative keywords, despite eBay staff in the weekly community chat answers to the contrary.

Get a first look and see how it works 👇

And take a deeper dive into eBay's help/FAQ pages and reporting for Promoted Listings Advanced.

One seller asked for details about keywords, asking if it would be limited to one word or a phrase and if there would be an option to exclude keywords (negative keywords).

It can be a combination of words to make the 'keyword', not exceeding ten words or 80 characters in the 'keyword'. There is not a way to exclude specific keywords though. Thanks!

When asked if eBay was going to consider negative keywords for the future, the answer was:

I haven't heard of anyone discussing the option to exclude keywords but I'll get this feedback passed on.

There was also a question about if there is any documentation or tutorial information sellers can access about Promoted Listings Advanced.

Not at this point, but it will be ready by the time Promoted Listing Advanced is available for you to use.

We've been told that it will be an 'independent module' within Seller School (meaning you won't have to dive into subtopics - it should be very prominent) - so you can expect to see it update there within the coming weeks!

Another seller had concerns about using trademarked keywords:

In connection with "Promoted Listings expansion and rebrand"....

After the launch of Google Adwords approx 20 years ago... we wasted a considerable amount of money on a program that never really produced results for us. In addition, the lawsuits that were filed in connection with click-fraud left us with a loss of confidence as to whether the program would ever really work for an independent small business operating on eBay.

While we have some skepticism... we want to be open to evaluating the possibilities of a new and improved ad program. I read the update but didn't see a reference to how trademarked keywords are being addressed as eBay launches their version of a keyword program. Has the subject come up yet? Many eBay listings are focused around specific (authentic) brands that that shoppers may be trying to find. Just wondering if there is more information as to how the program might function in regard to trademarked keywords.

Great question. Although I don't have any details on this yet but I will make sure that the community team gets an answer for you when we hear back.

9-12-21 : eBay has been talking about Promoted Listings Advanced Cost Per Click advertising for several months now. They're finally ready to start rolling it out to eligible sellers by the end of this month.

How Promoted Listings AdvancedBETA works
Promoted Listings AdvancedBETA is based on a cost-per-click model. You start by deciding how much each keyword and click is worth to you. Next, you bid to target placements at the top of eBay search results. Top placements show your listings to buyers right when they’re looking for your items across all experiences on eBay, including desktop, mobile, and the eBay app.

With this new type of campaign, you’ll be able to:

Bid for the top slot in search using keyword and budget controls, and pay per click.

Select the keywords that matter to you.

To set up your first campaign, go to the Seller Hub Marketing tab. You can create a new campaign within the Advertising dashboard by following these simple steps:

Top tips
Use features like suggested keywords and bids to help you set up effective campaigns.

Include high-quality listings in your campaign with complete and accurate item specifics and great photos for the best chance of gaining high visibility. In addition to your bid, factors including keyword relevancy, listing quality, competition, and daily budget determine whether your ad will appear in the number one position.

Use the daily budget feature to manage your ad spend.

You can also use both Promoted Listings Standard and Advanced together to help achieve maximum visibility for your ad placements across the eBay network, and utilize both budget approaches for your ad spend.

When asked for details on how eligibility is determined, eBay community staff said:

Currently, listings are eligible for Promoted Listings Advanced when they meet our quality thresholds* and the following criteria:

*We take into account a variety of historical and projected performance factors, including average search rank, sales history, and more.

Stay tuned for eligibility expansion once Advanced campaigns launches on a wider scale!

I have several questions about keyword control. First of all, what kind of keyword match type(s) does Promoted Listings Advanced use - broad match, phrase match, exact match, or something else?

Sellers can use our suggested keywords (search terms that we have determined to be relevant and likely to perform on eBay) or select their own. This keyword control gives sellers the ability to target their listings, reaching shoppers while they are actively searching for products the seller has listed (or ones just like them).

I  haven't been able to find any more in depth details directly from eBay on this, but eBay Ads partner Teikametrics gave some additional insight about Promoted Listings Advanced in a recent blog post.

The ads use keywords and operate on an exact match model with flexibility for variance. That means that shoppers who use common misspellings, abbreviations, synonyms, plurals, etc. will still be matched with your ad.

The second question I have about keyword control is, will eBay support negative keywords? Negative keywords allow you to designate specific words to exclude from ad placement and can be just as important as regular keywords in some situations, especially with broader match types.

Even if the match type is limited as described above, there isn't a lot of detail about exactly how much flexibility there is for variances. There could potentially be misspellings, abbreviations, synonyms, etc. that eBay may believe are relevant that sellers do not.

Sellers need to have full control to exclude those keywords if needed to optimize their advertising spend. I haven't seen anything about negative keywords mentioned anywhere so far, so if this isn't included in the beta version, hopefully they will be adding it soon.

I've seen several sellers express concern about possible click fraud, but nothing from eBay about if this is even on their radar and/or what they plan to do to protect sellers.

Competitors can use manual methods or automated bots to click your ads, causing you to rack up a large bill or max out your daily budget quickly, knocking you out of the top spot. It's a huge problem with Google Ads and other pay per click scenarios and there's no reason to think it will be any different on eBay.

eBay can and must provide visibility and transparency to allow sellers to identify instances of click fraud as well as implement very strict policies backed up by very strict consequences for this type of abusive, malicious behavior.

Speaking of transparency and visibility, I was disappointed to see eBay is rolling this beta release out without even offering the bare minimum reporting capability sellers need to track the performance of these campaigns.

A seller asked what reports would be available and received this response from eBay community staff.

Yes there will be reporting and it will include "clicks" as a raw metric. Initially though, the report won't calculate the following metrics for you:

Promoted Listings Advanced Cost Per Click was mentioned by CEO Jamie Iannone on the Q1 2021 earning call in April, then officially announced in June at the eBay Connect 2021 developer's conference and highlighted at eBay Open Online in August. Here it is September and in all that time eBay couldn't put together a report that calculates those basic metrics automatically?

Presumably sellers will need to manipulate the data themselves using a spreadsheet program to calculate those extremely important average CPC, click through rate, and conversion numbers.

That's a bit ridiculous for a multi-billion dollar tech company, especially one that is currently undertaking a "multi-year journey of tech led reimagination." Fully functional reporting needs to be a high priority addition before Promoted Listings Advanced is released to a wider audience.

One part of this section of the Fall Seller Update includes changes to eBay's ad attribution model that are extremely important for sellers who choose to use both Promoted Listings Advanced and Promoted Listings Standard.

If you participate in both types of campaigns, a sale will be attributed only to the campaign that the listing was in when the last paid click occurred.

For example:
If your listing is clicked in a Promoted Listings Standard ad and then clicked and purchased through an Advanced ad, the sale will be attributed to the Advanced ad. This means you will only pay for the click on the Advanced ad.

If you only run a Standard campaign, you will be charged the ad rate that is in effect at the time of the buyer’s last click.

For example:
If a buyer clicks on your Promoted Listings Standard ad when the ad rate is 5%, then later clicks the ad again when you’ve changed the ad rate to 4%, and then makes a purchase within the 30-day attribution window, you will pay the 4% ad rate in effect at the time of that last click.

That highlighted part is important and led some sellers to seek clarification in this thread on the eBay community.  Unfortunately, Velvet@ebay gave two answers that at first glance seem to be conflicting.

If a listing is in both PL S and PLA, a single sale will only be attributed to one campaign type. That will be based on the campaign type the listing was participating in at the time it was last clicked.

Hello! There have been some questions about how sellers will be charged for listings that are promoted via both Promoted Listing Standard and Promoted Listing Advanced, and I'm going to provide the below info that will hopefully help.

If your listing is clicked in an Advanced ad and is then purchased through a Standard ad, you will be charged for all CPC clicks plus the Promoted Listings Standard ad fee.

If your listing is clicked in a Standard ad and is then clicked and purchased through an Advanced ad, you will only be charged the Promoted Listings Advanced ad fee.

There's no way to know how often that first example could occur, but it would also be entirely possible for a buyer to click on your Promoted Listings Advanced ad at the top of search, then get distracted by one of the many other ads eBay typically stuffs onto the listing page and navigate away, only to be shown the Promoted Listings Standard version of your listing as an ad on another listing further down the line.

eBay is advising sellers that they can and should test out both types of Promoted Listings campaigns and even use them in conjunction to optimize results.

We recommend, when possible, sellers use both campaign types to test and learn. Using them together provides maximum reach and maximum visibility. And because of the different fee models, sellers can manage risk — thanks to Promoted Listings Standard cost-per-sale model — with the predictability of a daily budget and control keyword targeting.

Given the possibility of paying multiple ad fees, I would caution sellers to be extremely careful with this one - make sure you completely understand the total possible costs involved when deciding on an advertising strategy.

I'll do a full rundown once it's available later this month but for now - share your thoughts about Promoted Listings Advanced Cost Per Click in the comments below! Is eBay Becoming A Pay To Play Platform?